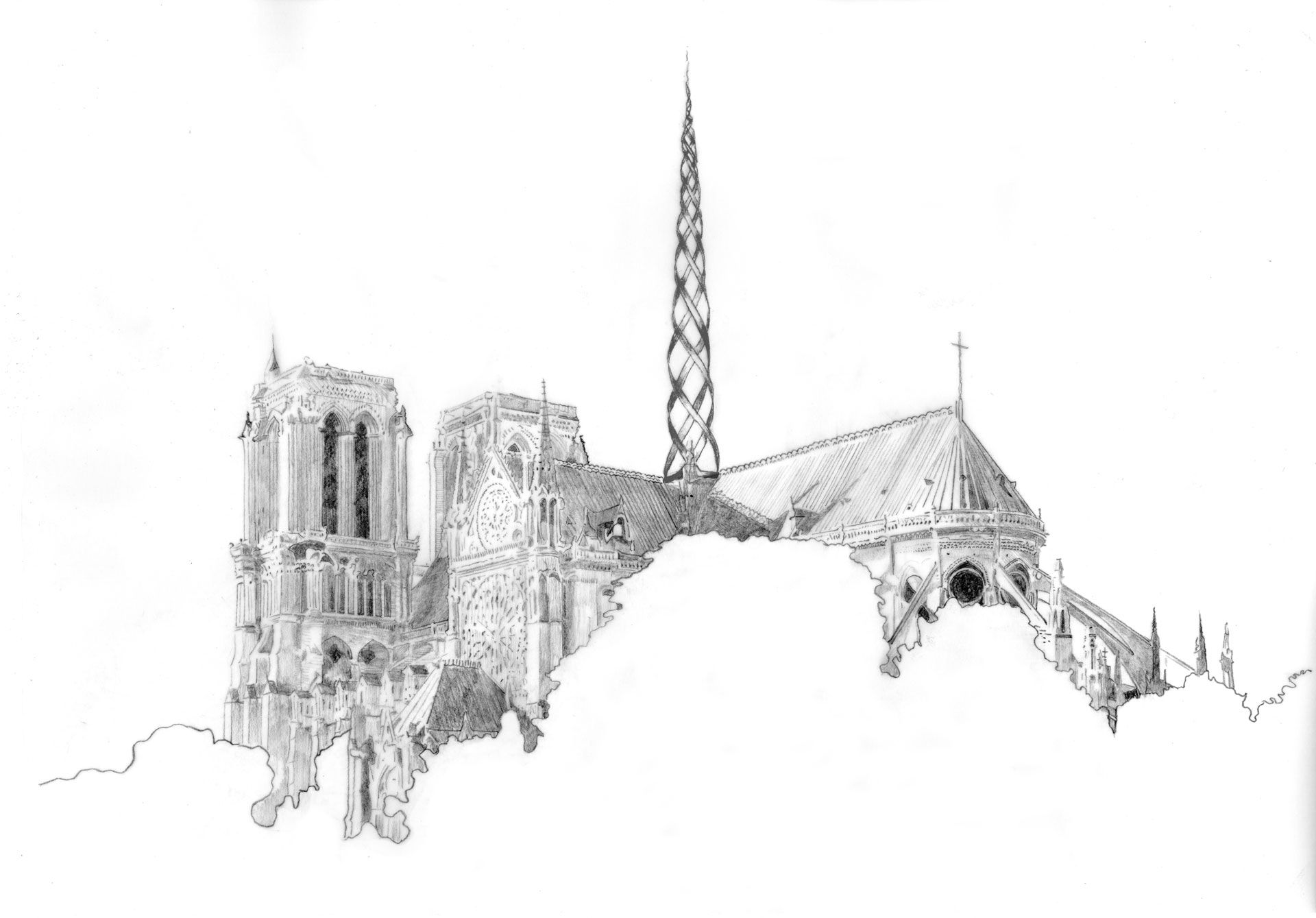 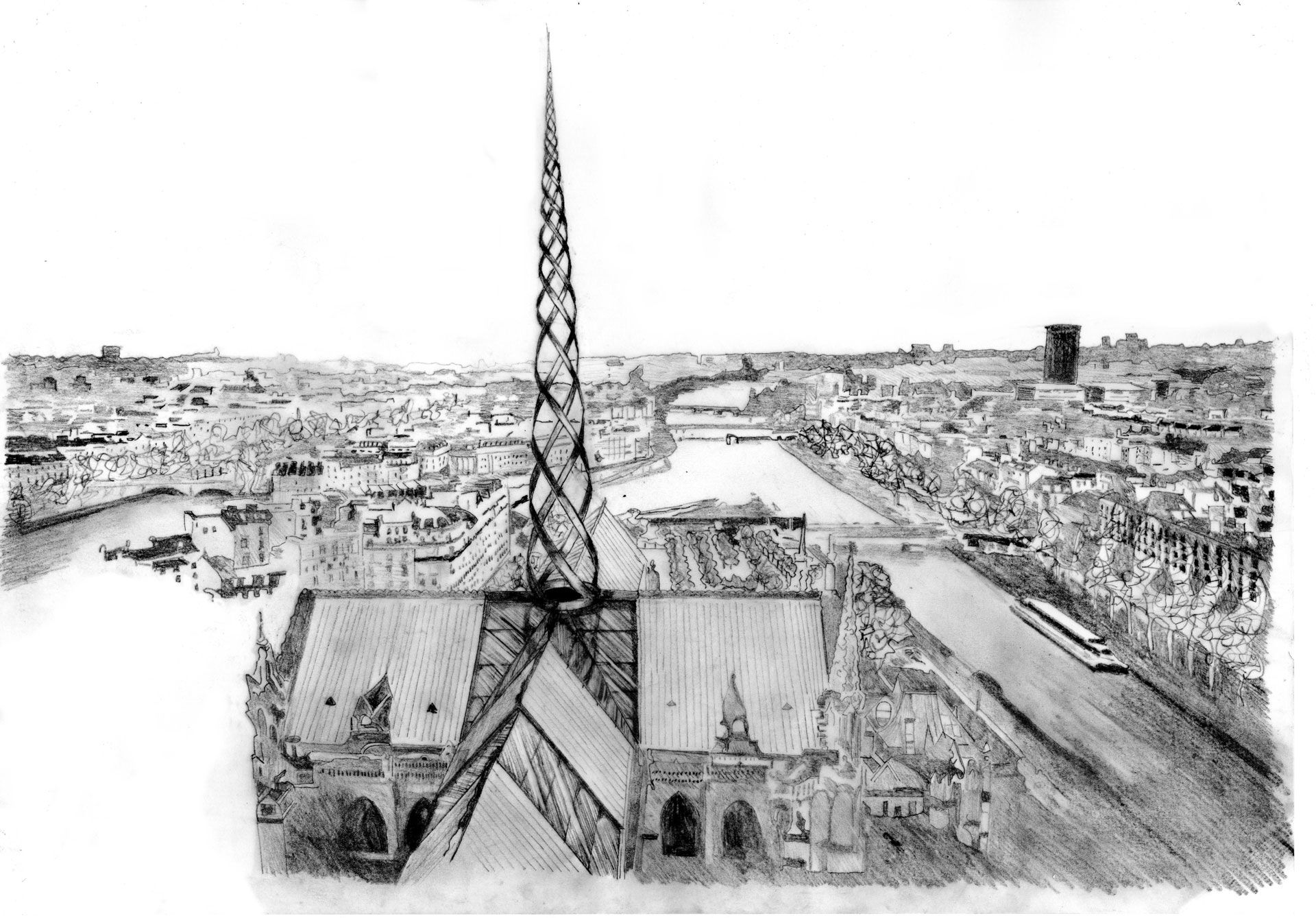 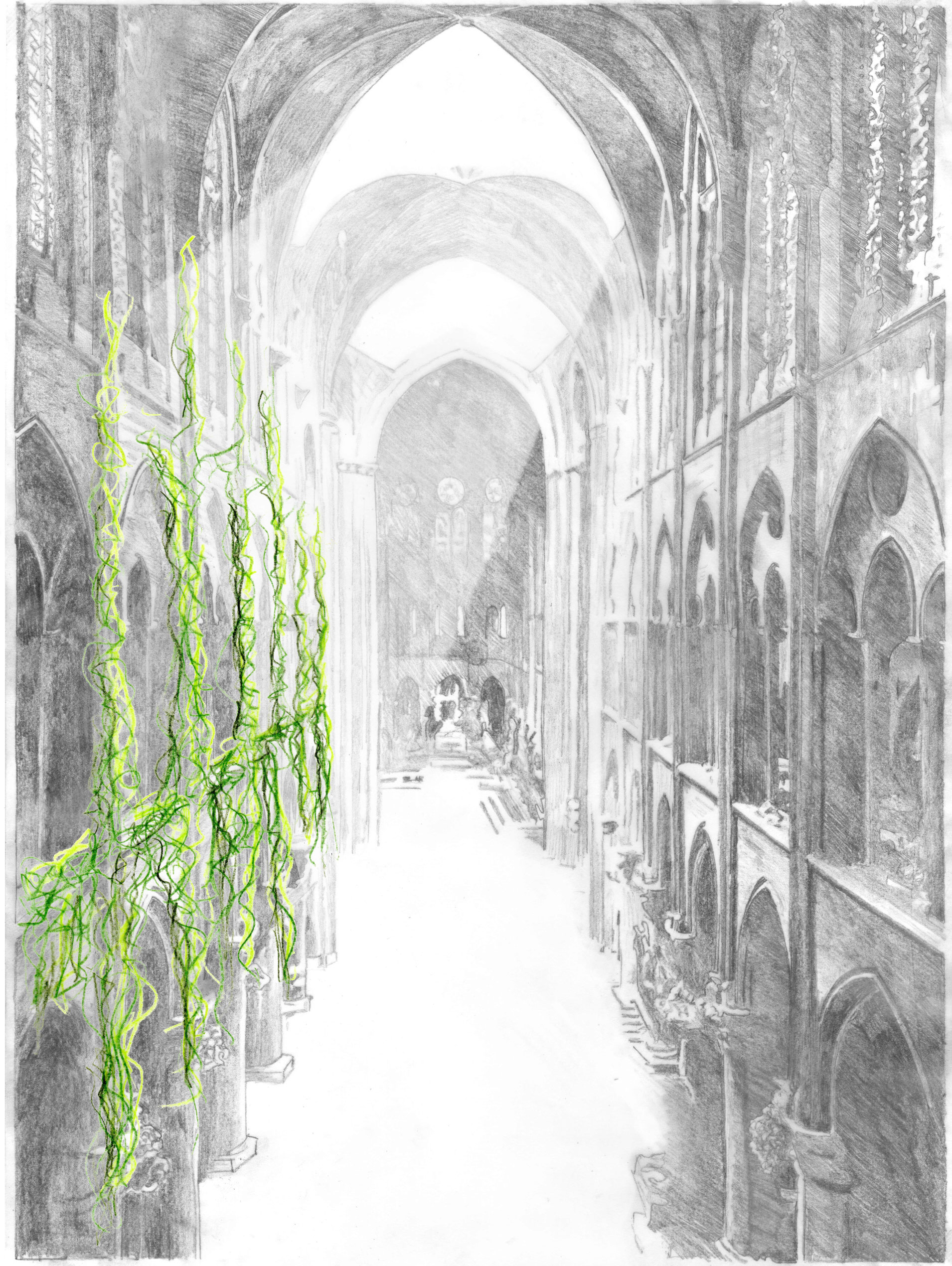 I believe that this is the most significant opportunity of our lifetime to make a religious statement, and it should be used wisely. A reproduction of the existing would surely send the wrong message in such a time of religious unrest.

The concept of this proposal seeks to unite the religious world, based on humility and charity, both foundations of any religion. It is deliberately modest to reflect humility and to avoid detracting from what is already there. As a consequence, there should be money left over that could be donated to other religions, as an act of charity, to promote unity.

The new spire would comprise four fins that intertwine spiralling upwards to meet at the point where the old spire had reached, representing a coming together of religions from the four corners of the earth. What remains of the existing ceiling would be made safe and retained as a scar in memory of what was there before. The roof over the collapsed sections of ceiling would be reconstructed in glass, giving a view of above to highlight that, whatever our religion, we all live, breathe and pray under the same sky. These apertures would allow light to permeate, tracing an arc across the interior and giving life to plants in its wake as a symbol of rebirth and in recognition that nature and spirit are one and the same. Other religious establishments could also be encouraged to install a sky window, as a visible act of unity. The cost of this work to be covered by the donations collected for the Notre Dame renovations.