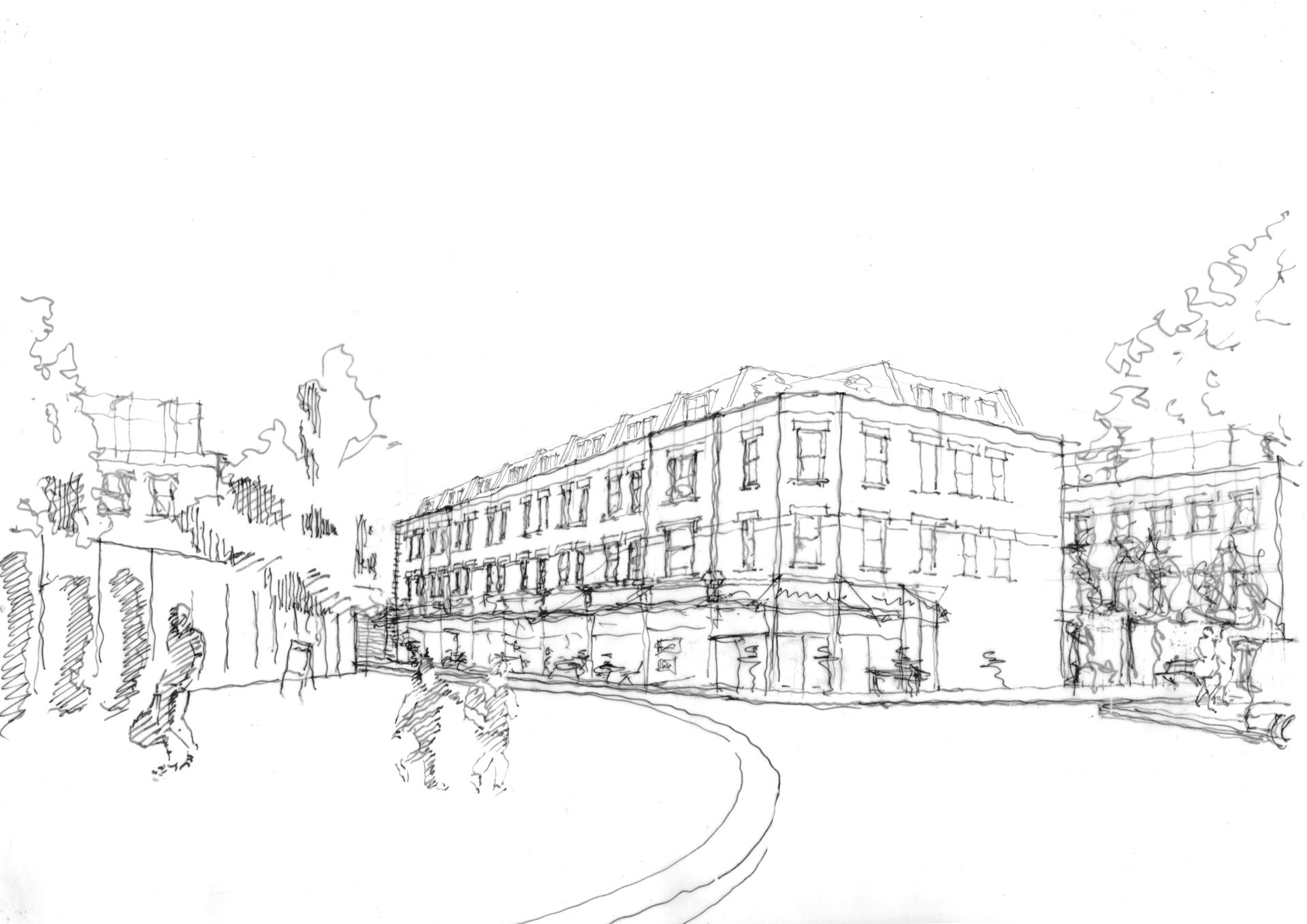 The Manor Place Terrace of shops and homes was built between 1875 and 1896. They are some of last remaining Victorian buildings that were constructed on the site of historic Royal Surrey Gardens and are the last examples of Victorian retail within West Walworth.This project comprises a feasibility study for a local developer with a personal interest in saving the terrace from redevelopment.

We were contacted by Rescom Properties Ltd, who had been interested in the site for years, but had been given very limited notice of the impending sale from Southwark Council. We produce a feasibility study for retaining, renovating and extending the original terrace to create live / work units along the lines of the local IllifeYard, with a new build mixed use building on the site of the existing council offices behind.

Originally our bid was discounted in favour of demolition by the Council Estates Department (we understand ours was the only bid to include retention of the terrace). However following substantial local pressure from groups like the Walworth Society and Southwark News we under stand that the bid is currently being reconsidered.