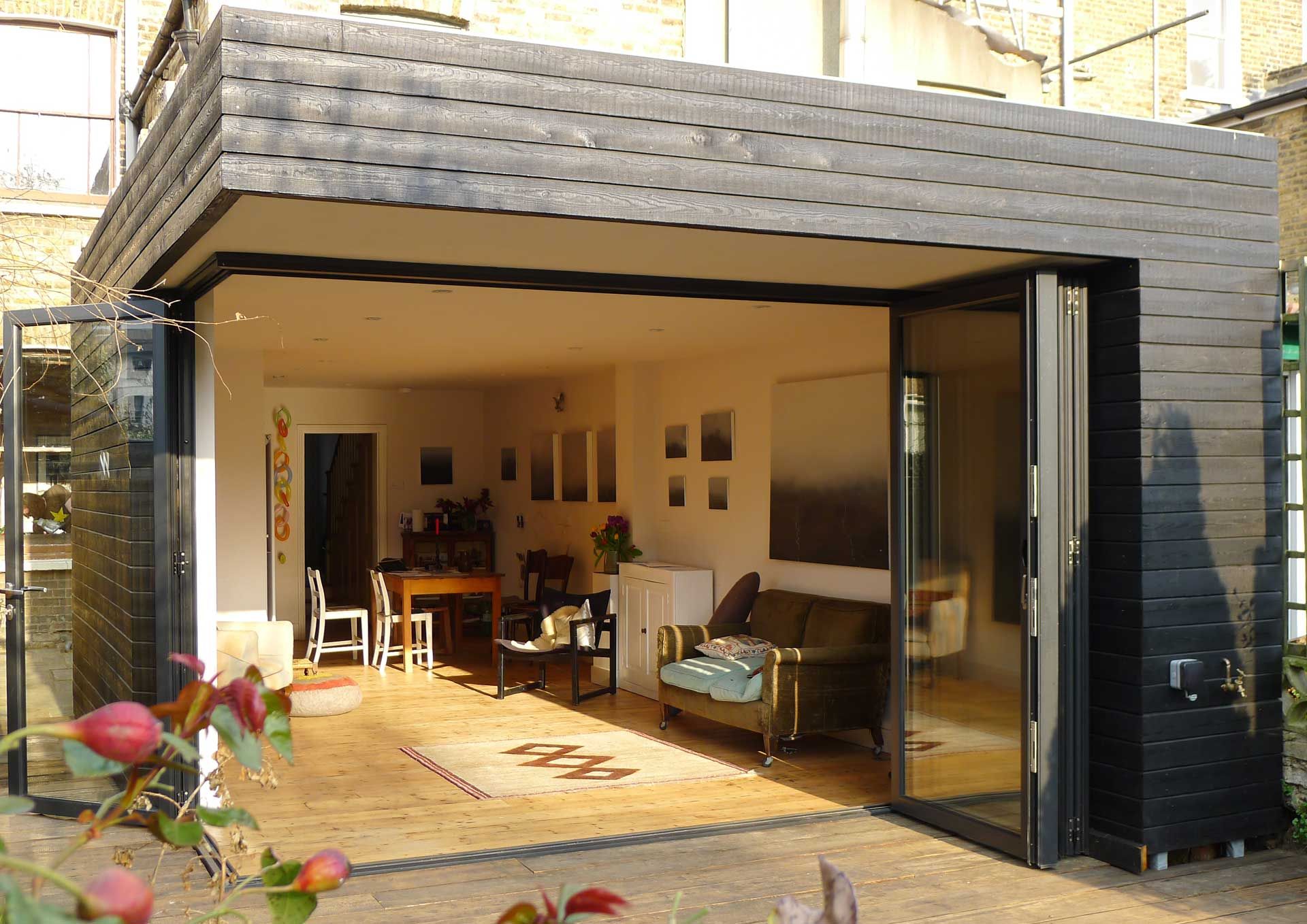 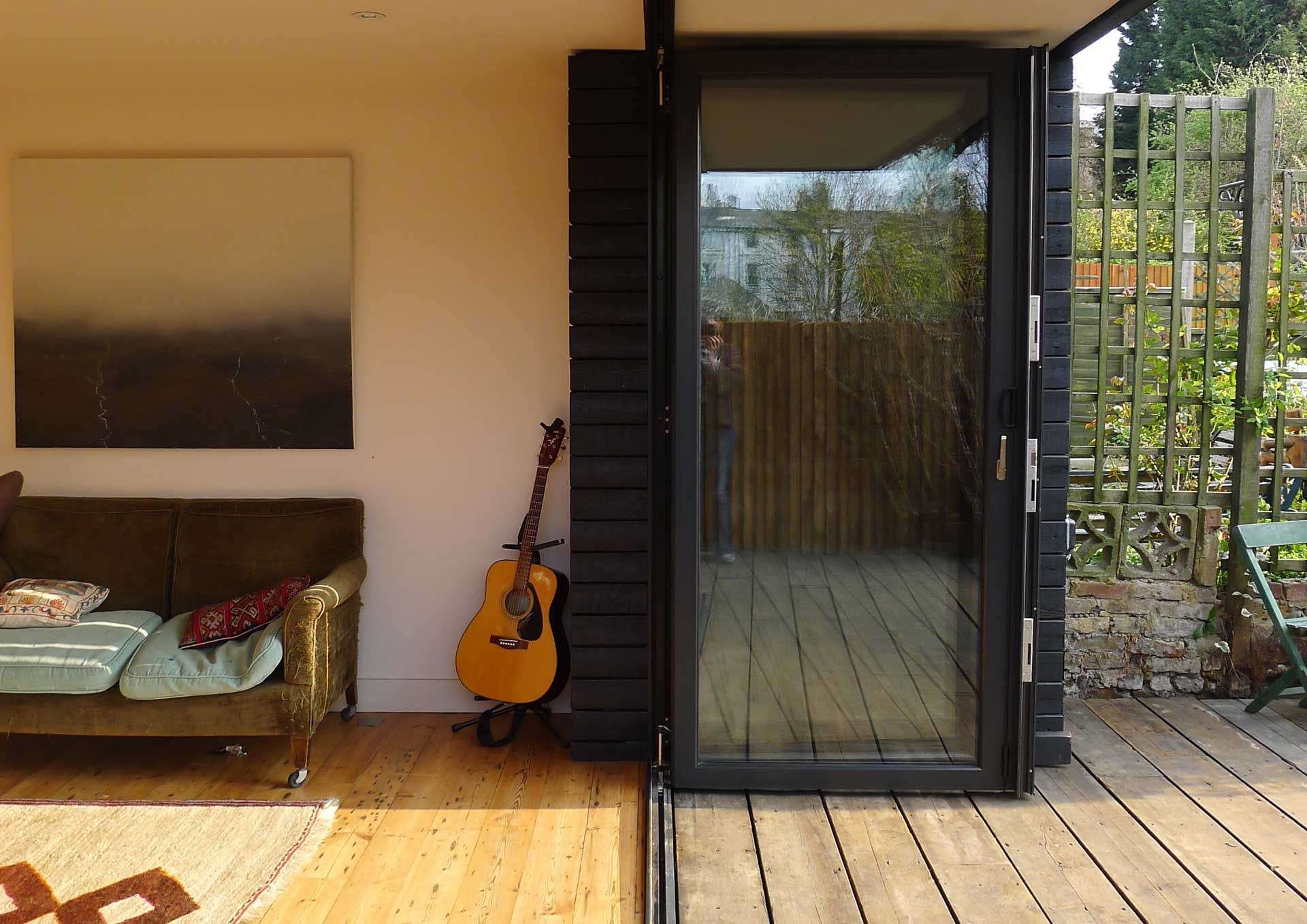 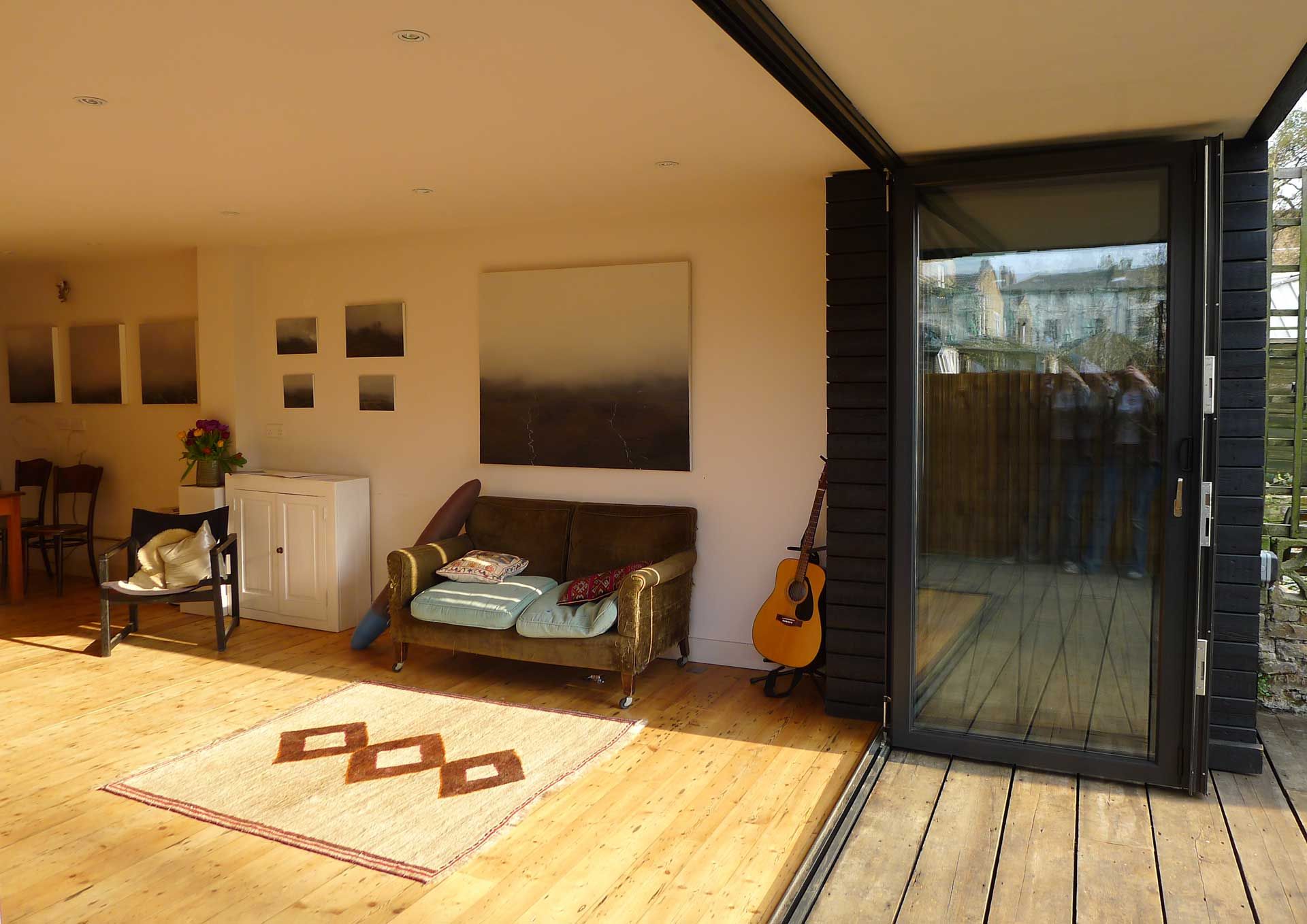 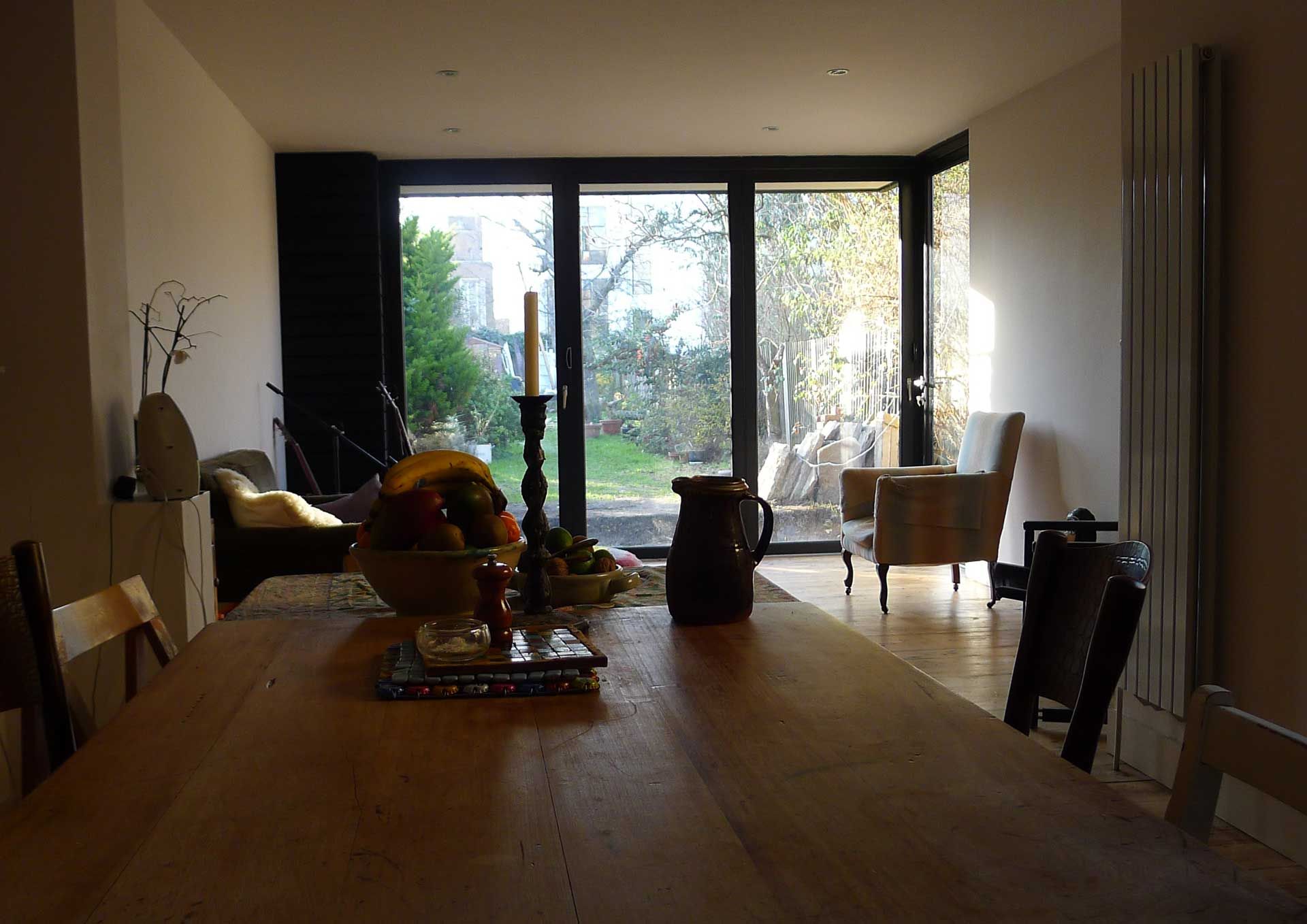 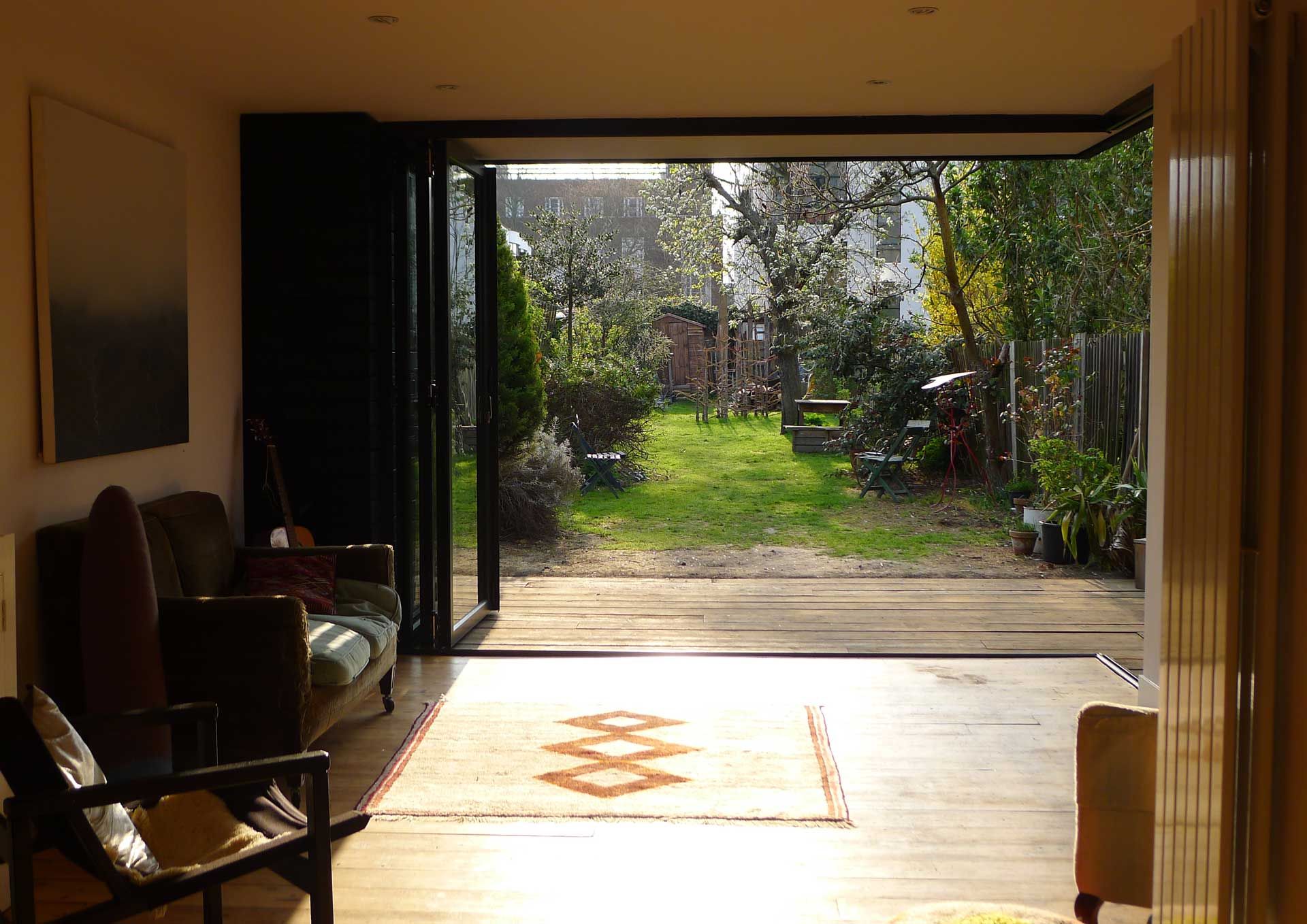 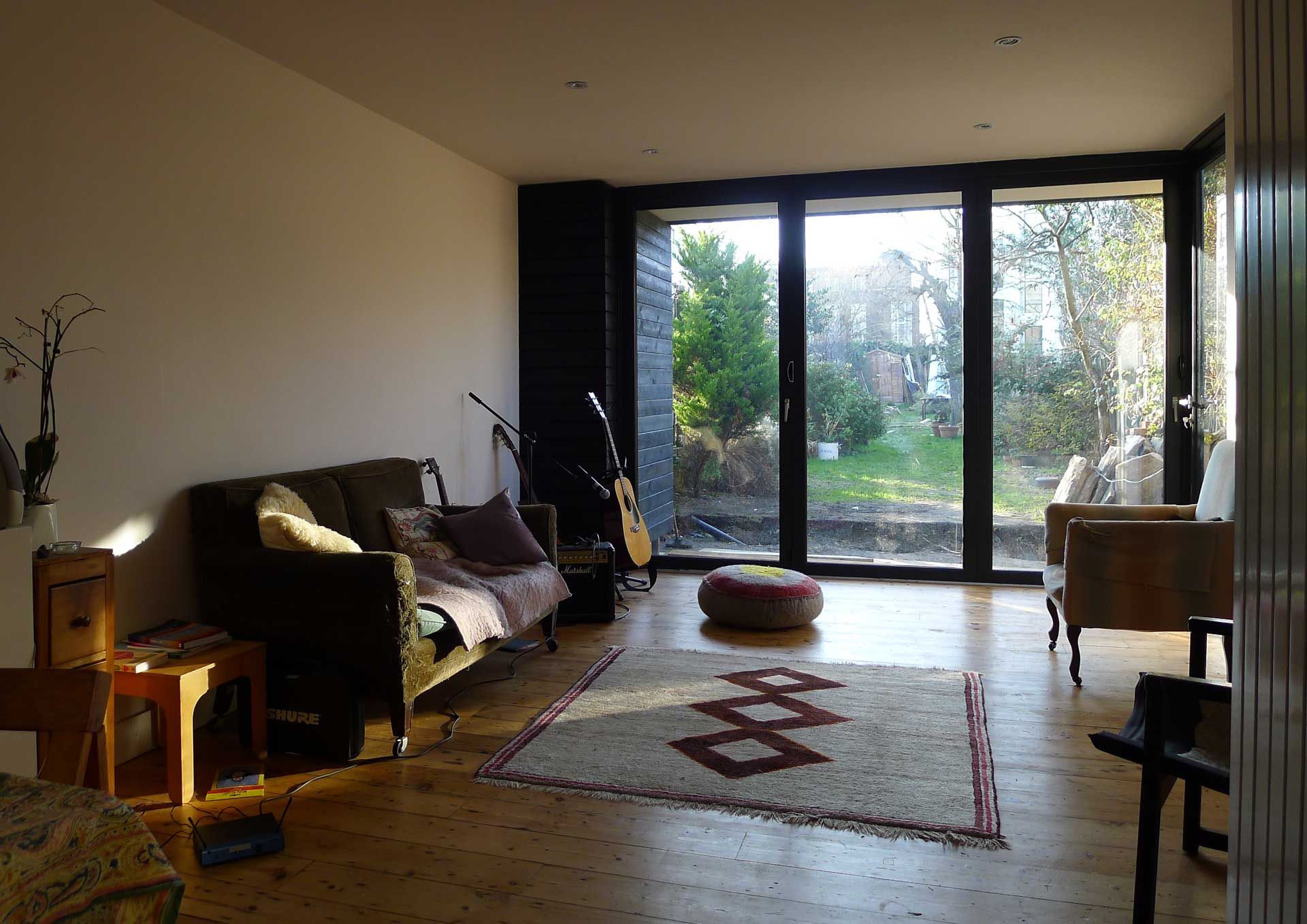 Our neighbours, artists Daniel Crawshaw and Harriet Hill came to us after having a difficult time with their original architect, who had achieved a planning permission but was struggling to get the project on site. We agreed to take the project on and worked closely with them to realise their design on a very low budget (part self build). The result has transformed their house.

Daniel and Harriet were keen to blur the boundary between inside and out using bi-fold doors and by continuing the floor and ceiling materials.